It’s been a while since I last wrote a blog post, there’s been both a lot happening and not much happening. But I wanted to say a few things about this tweet from The Brewery of St Mars of the Desert: https://twitter.com/beerofsmod/status/1411650219985485825

There’s been a few beer recalls recently for several reasons, and that’s okay. Things do go wrong, nobody’s perfect, but the recalls have generally been handled quite badly. From blaming the ingredients, the equipment, the packaging, the supply chain and the customer, it’s becoming rarer that a brewery will actually hold their hands up and admit that a problem with their beer might actually be their fault. Which is why this recall is so nice to see. 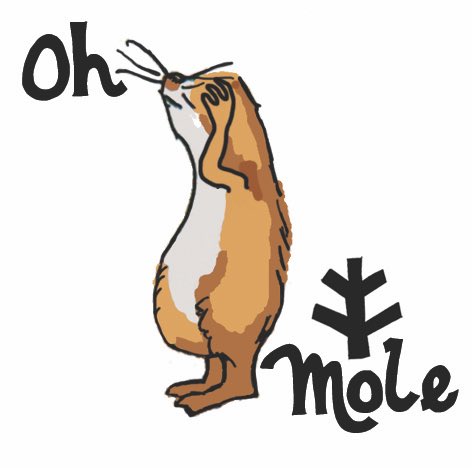 Firstly there’s the image. This is great for grabbing attention on social media.
It’s clean and clear, uncomplicated and humorous. Even if you didn’t notice the text in the tweet you can see from this that something’s gone wrong. In short, it’s eye catching. 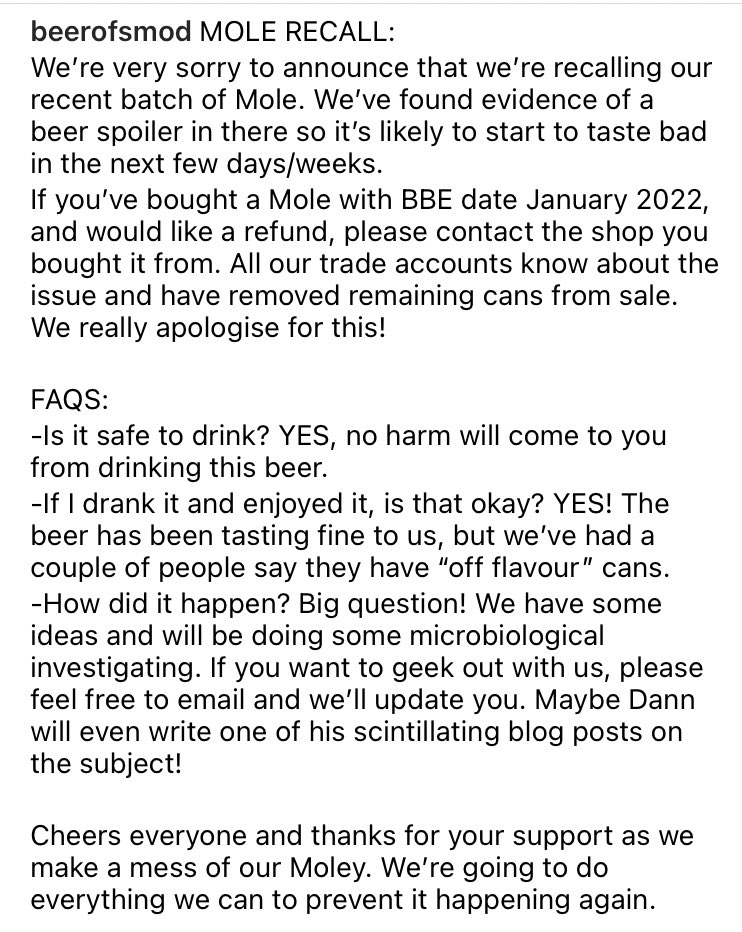 Which then brings us to the text itself (which is only let down by having no alt/accessible alternative), straight from the start it’s letting you know it’s recalling the beer. No “you may find” or “some people have had an issue” but a straight our recall followed by an admission that they’ve found something wrong with the beer and are recalling it.
This then leads in to a bit of detail to let the drinker know which batch it was.

Then there’s the FAQs. Simple and short and answering all the most common questions that people will asked. Including an admission that the brewery doesn’t know everything, and an invitation for those that do want details to get in touch for them.
The recall notice doesn’t need to go into lots of details about possibilities and drone on like those guys who used to be able to sit at the end of the bar boring the drinker. Those that want to know can find out, those that don’t really care don’t need to keep reading to see if they missed anything important. They then tease with the possibility of a longer explanation for everyone, which I personally would love to see and read; yes I’m a bit of a geek.

In short, this recall gives you the details you need along with an admission and an apology and a way to find out more. And that’s all it does. That’s all it needs to do, it isn’t a long rambling thread going on about possibilities and blame. It’s not a doubling down that’ll need following up in a few days time. It’s a good example of how to handle this situation when it arises.