When we started Beer Nouveau, part of our plan was to explore historic beer styles that have been lost over time or have changed beyond recognition, to find out what they used to taste like. A classic example of this is Mild. We looked back through brewing recipes from the 1960s and ‘70s when Mild was in its heyday and thought, “These should produce some pretty decent beers”; a few test batches proved us right. We did the same for stouts too, with our Satanic Mills developing out of a stout from the 1970s and further evolving into Peterloo, which has since become our bestselling beer.

As we got more into the history of beer, and were able to purchase some small wooden casks, we went back even further, to the mid-1800s. Recipes from this period initially came across as simpler, but the beers they produced were far more complex than we imagined. Our recreation of Tetley’s East India Pale from 1868 in particular surprised people at how smooth yet hoppy it was. All the hops were added at the start of the boil, whereas today there’s a trend to add them all at the end. But here was a beer recipe that was almost 150 years old, and winning over every person who drank it. On cask it was good, in wood it was better, aged in bottles it stunned people. It wasn’t just the recipe and the way it was brewed; how it was kept and matured were also hugely important.

Despite putting on a wooden cask of one-year-old Imperial Stout recently, we’re not currently set up to do barrel aging. We don’t have any barrels for a start. But as we’ve been doing more and more heritage brewing, and more wood cask conditioning, we’ve gained a reputation for reproducing lost beers, finding out what brewers of previous centuries knew and recreating what they made.

And now we’d like to take this to the next level. We’ve been working with a craft maltster to test heritage grains, and we’re planning on buying in some wooden barrels, using these grains to rebrew some of the beers we’ve been resurrecting, and aging the beers for the historically appropriate amount of time. IPAs were stored at breweries for a year before their six-month sea voyage, whilst Russian Imperial Stouts were aged for two years before their short jaunt across to St. Petersburg; the idea of ‘Drink Fresh’ wasn’t as popular back then as it is now. Beer aged, beer matured, beer got every last bit of sugar converted to alcohol.

Setting up a barrel aging programme isn’t cheap, so we’re going to crowdfund it. But we want to make sure it’s worth it for investors. We want to make sure that every penny someone puts in becomes something worth that penny – although we’re not asking for pennies, we’re asking for pounds. Seven and a half thousand of them, to be precise. We’ve the potential to raise more than that with the incentive packages we’re offering, and if we do we’ll be expanding the programme and investing more into the brewery and tap. As much as I could really do with one, we won’t be taking any additional money raised and going off on holiday!

So please, have a look through what we’re intending to do and what we’re offering, feel free to ask as many questions as you like, and then give us your money when we launch our crowdfunding drive in early June! 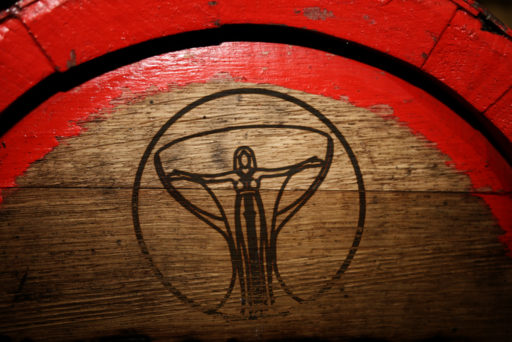 2 thoughts on “Going Forward By Going Back”