One of the things that we’ve always believed in at Beer Nouveau is that the brewers of the past knew more about beer and brewing than we give them credit for. People talk about Fuggles as an awful hop, about Boring Brown Bitter and about warm, flat beer. When it comes to English beer’s past, rose-tinted glasses are nowhere to be seen. But we don’t believe that to be the case, we believe that the beers used to be great, but that mass-production and cost-cutting breweries and lazy landlords over generations turned them into pale imitations of what they used to be.

So when we got the opportunity to work with Ron Pattinson to brew a heritage beer for Manchester Beer Week, we were absolutely delighted. We’ve brewed beers from recipes from the 60s through to the 80s before, and without exception these have surprised drinkers with how good they were compared to their modern counterparts. When asked what sort of beer we would like to brew we took three things into consideration, the first is that we have a large mash tun, strength is of no issue to us. Secondly the hops used, it seems the older the beer the greater quantity of hops used, but seeing as we’re contracted for the traditional English hops of Fuggles and Goldings this also didn’t affect us. Thirdly, age of recipe. If the recipes from the 60s were a lot better than people thought, how about a really old beer recipe? Ron had a 1903 recipe for Lees XXX, a beer recipe that’s one-hundred and thirteen years old, which again suited us because we’ve got some wooden casks like they were using then too, we’re in a position where we can not just replicate the ingredients, but also the production, storage and dispense methods of the beer. From grain to glass, we’ve done our best to bring you a beer like your great-great-grandad might have drunk. 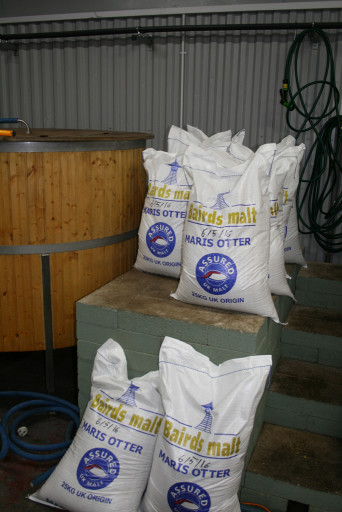 We did make one alteration to this recipe though, we replaced the sugar and flaked maize with more pale malt. Using sugar and maize in beer is a cost-cutting measure, they’re cheaper than malt and while the sugar gives you the alcohol lost with less malt, maize brings back in the lost body/mouth-feel you also lose. We’re not into those measures that we believe gave old beer its bad reputation, so we took them out and put the malt back in. It’s a very simple malt bill, pure pale malt. A lot of beers these days use very complicated malt bills with anywhere between five and fifteen different malts not being unusual. 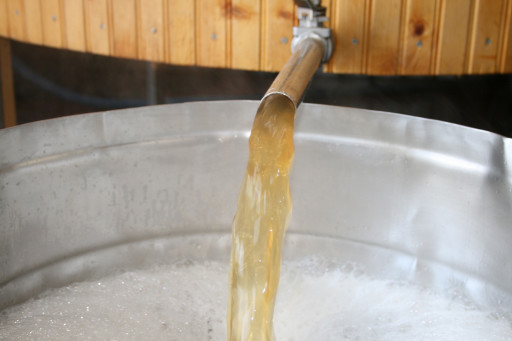 This simple malt bill however gave the wort a lovely golden colour, and the smell was something else too. A very cereally, grainy aroma filled the brewery all through the mash. Much richer than anything I’ve brewed before which was surprising coming from just the one malt.

The amount of hops used is a lot. This worked out at almost IPA quantities of hops, but whereas an IPA’s IBU (International Bittering Units) start around the 50 mark, the much lower alpha acids in the traditional English hops brought the IBU in at 26. I’m not sure what bittering lever the beer would have been over a hundred years ago, because I don’t know what alpha rating the hops had back then. 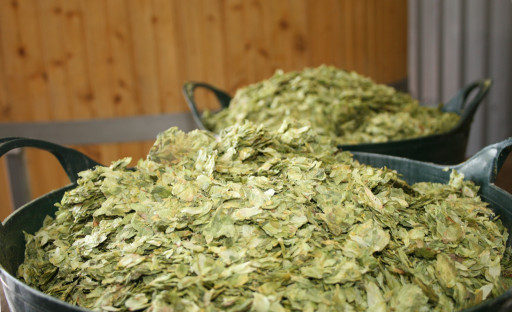 For this beer though, we used 2kg of Fuggles at the start of the boil for bittering, and 2kg of Goldings towards the end for aroma. If anyone tells you that English hops aren’t good for aroma, they obviously weren’t in our brewery when we brewed this beer. The smell was simply stunning, a lush pine/citrus aroma was forcing its way through the arch.

Going into the fermenter we recorded an OG (Original Gravity) of bang on the 1.059 we were aiming for. We believe that modern strains of yeast will be a bit better at munching the sugars, so we’ll be aiming to kill off fermentation when it reaches the target FG (Final Gravity) of 1.016 which is slightly higher, and therefore sweeter than modern beers. 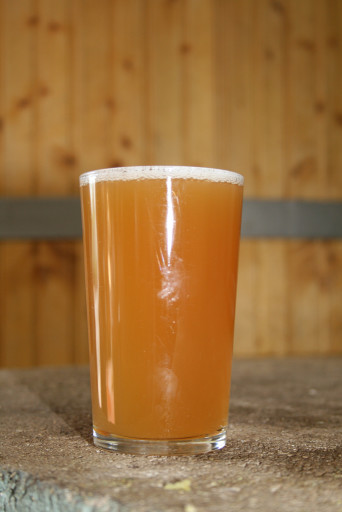 It doesn’t stop there though as we’ll be putting some of this beer into our wooden casks. As we’ve said in previous posts about wood the beer continues to develop far more than it does in steel or plastic casks. The wood allows for the micro-oxidation of the beer inside, giving it a fuller, richer, more rounded flavour. From previous beers we’ve put into our wooden casks, we’ve found that they tend to be a bit drier, a bit tarter, and that the hops aren’t perceived quite as grassy. Seeing this recipe, and brewing it, we’re now wondering if that’s why the fermentation is set to finish higher than modern beers, to allow for that extra bit of sweetness to be lost in the wood. And why there are so many hops used, to allow for them to work with the oak to balance the vanilla notes.

All told, we believe we’ve been very fortunate to brew this beer and we’re really looking forward to drinking it, both from a modern cask and from one of the few wooden pins that will be available.