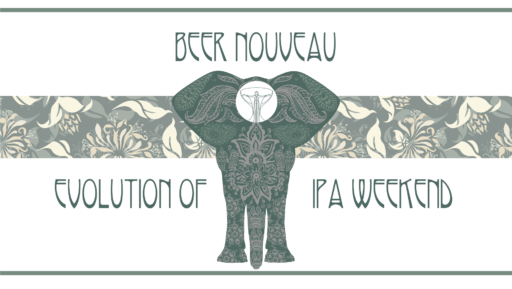 Everybody knows the history of IPA. Or rather, everybody knows a history. There’ve been so many, often contradictory, stories told about how the style came about: sometimes romantic tales, often about shipwrecks in the Irish Sea, sometimes more practical about soldiers returning from India. But what’s rarely talked about is how the style has changed over the years. How did we get from those original ales that were shipped over to India, to the modern hop-bombs and grapefruit-alcopop beers that we know today?

Historical IPA – Served from the Wood

The best person to ask about the early history of IPA, or indeed any beer, is a chap called Ron Pattinson, a beer historian who spends what he himself describes as far too much time digging through old brewing records. From conversations with Ron and from reading his book on vintage beer, we’ve brought together four examples of beers that show how IPA came about and how the First and Second World Wars affected it. 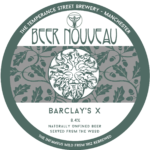 The Mild from 1852 that is arguably what IPAs were based on, if only for its prevalence at the time. Pale in colour, 8.4% ABV and 55 IBUs, this is nothing like any of the Milds you may have tried before. 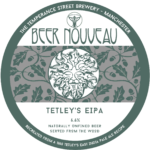 One of the original IPAs; referred to just as a Pale Ale in Tetley’s brewing records and as East India Pale Ale in their advertising from 1868, this is a classic example of what an IPA actually used to be. This comes in at 6.6% ABV and a whopping 99 IBU, all from only Pale Ale malt and Noble English hops. 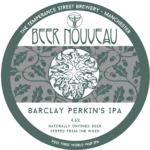 During the First World War IPAs started to change. At 4.6% ABV and just 34 IBUs on paper, Barclay Perkins’ IPA from the 1930s didn’t bear much resemblance to its predecessors. Malt bills had changed as well, with flaked corn being used instead of pure malted barley. 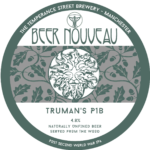 After the Second World War the flavour profile of IPAs became more like their 19th century ancestors again, although the beers were weaker. This 4.8% ABV, 41 IBU beer from 1953 competed with Bass Red Triangle and Worthington White Shield, but unlike those it’s no longer around.

The trend of reducing strength and hop content, triggered by rationing during the wars, continued through the 1960s and 70s. It wasn’t until the micro-brewery boom started in the late 80s that things started to change. With smaller breweries being able to brew what they wanted, when they wanted, and with new hops becoming easier to get, beers started to change. 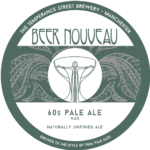 Classic pale ales of the time include the previously mentioned Bass Red Triangle, which saw Crystal malt come more into the grain bill along with the ABV and IBUs dropping again. This beer contains almost 5% Crystal malt, is 4.6% ABV and only 24 IBUs. 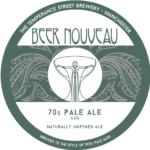 It’s not clear why, but beer got weaker still. Just look at Greene King IPA! This ale of a similar style is only 3.5% and a very modest 21 IBU. With less alcohol and less bitterness this may seem thin to the modern drinker, unless you remember beers of that time! 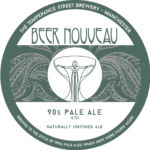 It’s hard to argue that the 90s were when beer started getting interesting. Roosters (’93), Oakham (’92) and Hop Back (’91) breweries were all formed and produced what we now call hop-forward beers. This beer of that style is towards the higher end of the session strength at 4.1% ABV but still only 21 IBU. However, the hops used are American and whereas previous beers here have predominantly used early boil hops, we now start to see late hopping used. 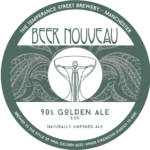 The 90s also started to see strengths rise. This beer is 5% ABV and would have been towards the stronger end of beers available at the time. Its 45 IBU, whilst moderately tame to modern palates, was also at the top end of what was being produced by the micro-breweries.

Modern Day – On The Taps

It can be argued that while the English gave the world the IPA, the Americans gave the English their love of the IPA. Modern IPAs are lighter, stronger and hoppier than their early 20th century counterparts, and served colder as Evil Keg Filth. 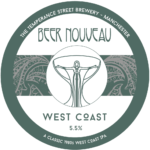 As the English were adding hops and alcohol back into beer, the Americans took it several steps further. This is a classic West Coast IPA from a recipe brewed by a Californian brewery in the late 80s and early 90s. While English brewers had started to get rid of Crystal malt, Californians continued to use it to help balance the increased amount of hops. This beer checks in at 5.5% ABV and 66 IBU. 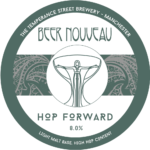 As IPAs became more popular, the love of hops came forward. The use of Crystal malt dropped off and the use of hops increased, along with the strength. This beer weighs in at 8% ABV, and while only 60 IBU the lack of Crystal malt along with dry-hopping increases the aroma and the perceived bitterness of the beer. 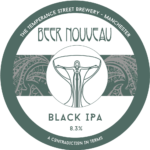 Once described as “absurd and an insult to history”, Black IPAs are more a contradiction in terms. There are two main ways of brewing a Black IPA: either by using a small amount of Black or Chocolate malt towards the end of the mash, just to alter the colour without overly changing the flavour profile, or by brewing what would be better described as a hoppy porter. This beer is brewed in the first manner, with a small amount of Black malt added to an 8.3% ABV, 63 IBU IPA. 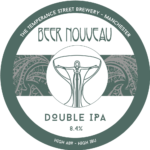 Also called Imperial IPAs, Double IPAs are higher in alcohol and hops than the ones we’ve seen most recently. This example punches a powerful 8.4% ABV and a whopping 88 IBU and is not for the faint-hearted.

Pale in colour, strong in alcohol, high in IBUs, historic Milds were not that dissimilar to modern-day Double IPAs. Hopefully what we’ve shown here is that whilst the style has changed for several reasons, from rationing and economics to fashion, availability of ingredients and marketing, in the end we seem to have gone back to where it all started. Modern IPAs are made, kept and dispensed differently from their ancestors, but what might brewers of the past have been producing if they’d had access to whirlpool filtration, hop rockets, chilled distribution and kegs rather than simplistic kits, seasonal brewing schedules and wooden casks? Somehow we don’t think it would be that different from what we have now, although they would probably have needed more hops.

(All beers subject to availability)

(Several brewed on the small pilot kit, so limited quantities available and will be served in thirds)